I am cleaning out some files this weekend and I found a xerox of a chapter from a the book “The Scientific American Book of Projects for The Amateur Scientist” by C.L. Strong. Geek alert – Vannevar Bush wrote the introduction but he wrote a lot for Scientific American so that is no real surprise

“A HOMEMADE ATOM SMASHER
For less than the average cost of a set of golf clubs, you can equip yourself for playing with electrons — the minute “spheres” surrounding the atom. With this apparatus you can transmute the elements, alter the properties of some common materials and, incidentally, learn much at first hand about the structure of matter. F. B. Lee, a chemical engineer and faculty member of the Erie County Technical Institute in Buffalo, N. Y., tells how to build and operate the machine. Some safety measures are suggested on page 359.”

I love the DIY spirit behind this article, but is this really a good idea? There is an incredible faith here in the safety of being around radioactive materials, high voltage and huge amounts of mercury! It is an amazing device and I talked to a physics teacher about assembling something like it in the 1980s and after looking at the plans, he said that it was far too dangerous for amateurs: it uses a vaporized mercury, there is no discussion of the hazards of x-rays (especially at the “peep hole” where experimenters can watch materials get bombarded with electrons). There is a wooden box that houses the gallon glass jugs of mercury vapor in case of implosion. This sounds like a great “Honey, there is something I have to tell you about the basement” moment just waiting to happen. I was interested in this because I was wondering if experiments like this could be made safer by using modern electronic circuits. At the same time, I had discovered Hamlet, English Literature, Computer Programming, the TRS 80, and Jacqui Goldstein so that pretty much finished off my integrated circuit nuclear science career! 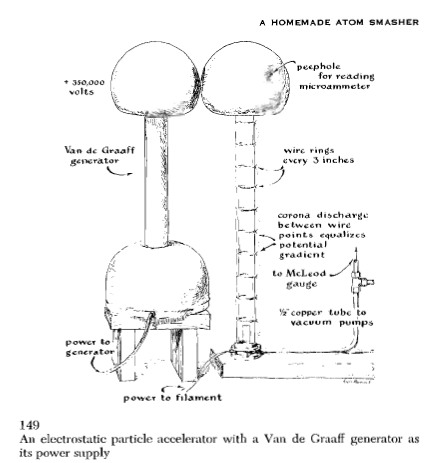 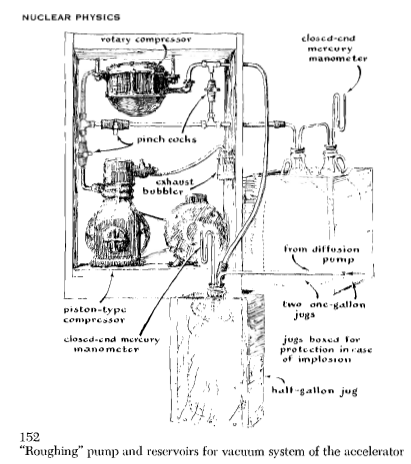 2 Responses to DIY 60s Fun from The Amateur Scientist