How I Survived the End of the World 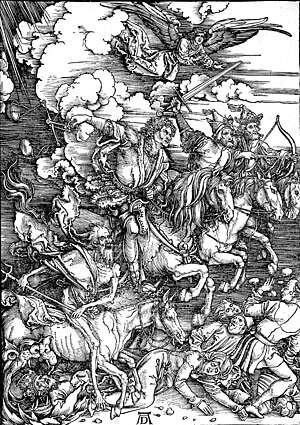 Image via WikipediaI thought I had seen it all. I survived “The Late Great Planet Earth” by Hal Lindsey. He was sure the Soviet Union and other countries that no longer exist were going to invade Israel in the 70s (or 80s, or 90s…). I survived the 5th Horseman of the Apocalypse, that was the Y2K bug. I survived the last Second Coming that Harold Camping predicted in 1994. And once again, I survived the second Second Coming of Harold Camping’s second coming predictions. (He has since claimed that it has been post-poned until October: maybe the 3rd time is the charm.) It is all fine and good to have a bit of a laugh over this, but when someone tells me that American schools are doing just fine, I hit the pause button on my VHS copy of “Left Behind” and wonder where we went wrong. How is it that in the modern world we still have people who will follow people like Harold Camping? Why would they send him money for his advertising campaign? But anyone with a sense of history would know where this was going. And most people do. There is a long history of the world ending. And this is where we run into trouble. World history is seen as some kind of elective and the spiritual history of the west as essentially a basket weaving course of no practical value.

A sense of history…
I think that if people had broader educations in history, we would be spared much of this. Sure, there are home-schooled religious cult followers that will successfully evade reason (and many better and well-educated home-schooled children that won’t). If some of these followers of Camping had confidence in their own reading of the Bible, and knowledge of what happened, for instance, in the year 1000 CE when people panicked about the end of the world, and knowledge of the history of religion in America in general, there would be less attention paid to these potentially dangerous people. But we don’t seem to be interested in that. Our schools are focused on job creation (for teachers and students) and not so interested in knowledge for its own sake which may turn out, in the end, to be the most practical knowledge of all.

This entry was posted in Uncategorized and tagged Rapture, Soviet Union. Bookmark the permalink.